How to know if your fruit tree flowers are healthy 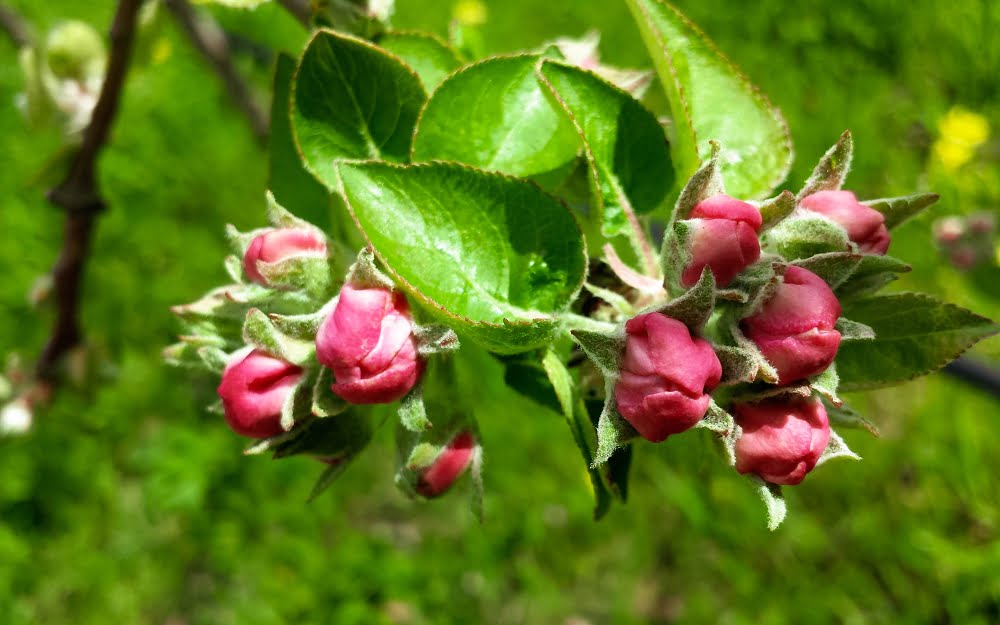 At this time of year the fruit trees look absolutely gorgeous, with many of the apricots, peaches, nectarines, and plums in flower. The early pears and some very early apple varieties have also started to show what we call ‘green tip’, which is the equivalent of budswell in stone fruit.

Because of the huge number of different types and varieties of fruit we grow, some trees are at full bloom, some haven’t started flowering at all, and others have now got tiny fruit – which is one of the most exciting (and slightly scary) times of the year!

The early apricot varieties (our early ones are called Earlicot, Poppicot and Katy) have almost finished flowering and look like this.


This stage of flowering is called shuck-fall, when the petals have fallen off, then the last bit of the flower (the shuck) dries up and falls off, revealing….

…a baby piece of fruit! It’s the same process for all deciduous fruit, and it’s a very exciting transition from blossom to the beginning of the fruit season.

It’s also a good time to start diagnosing some of the common diseases like Blossom blight (common in apricots, but also seen in peaches and nectarines). Healthy flowers look like this when the petals are falling off:

Diseased flowers however will shrivel up, and the petals go brown, like the middle bunch of flowers in the top photo, and these flowers below.

Despite the best intentions to get all the sprays on at the right time, it’s often the case that there’s still a bit of disease in the orchard when there’s been rain around, as there was this year when the three early varieties were flowering.

It can be hard to tell the difference, but you’ll soon know for sure, when you discover whether you get any fruit!

The photo below shows another disease symptom you might see, where the flowers have completely died back, and the twig has died back as well. The tree will usually prevent the disease from travelling back any further by producing a blob of gum to isolate the diseased patch (this is one of the causes for the condition called ‘gummosis’).

It’s a good idea to prune these diseased patches out of your fruit trees when you see them (when you’re doing your fruit thinning is a good time), as long as you can do so without sacrificing too much healthy wood or flowers.

Apricots are one of the hardest stone fruits to grow successfully, not just because of diseases like Blossom blight and the many other fungal diseases they are prone to, but also because they flower early and so are very susceptible to early frosts.

But they’re also one of the most rewarding crops for home growers because they’re so versatile and they’re so delicious! With that in mind, we created the Ample Apricots short course to show you how to encourage and nurture your apricot tree to actually bear fruit!