Value-adding and making something from nothing 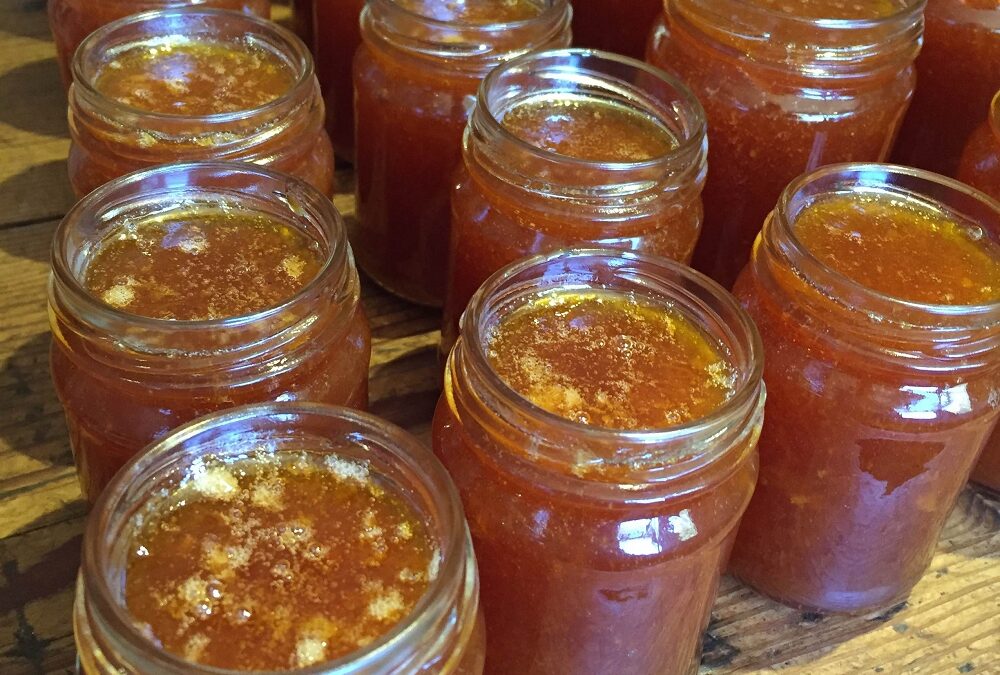 Value-adding and embracing the concept of “no waste” are how we’ve always tended to live on the farm.

Whether it’s bird-eaten fruit, left-over food, or wood that’s fallen in the garden, wasting as little as possible seems obvious to us (and probably to you, too).

So it’s absolutely staggering that according to the anti-food waste website Foodwise, the average household throws out 20% of the food they buy.

Which makes us wonder – if people had grown that food themselves, would they be so quick to throw it away?

Value-adding to make the most of your fruit

Our mantra is “use every piece of fruit you grow to its highest potential”. The best quality fruit is eaten fresh, either straight off the tree or stored to be eaten within weeks or months.

The next grade down isn’t good enough to eat, because it’s been damaged by birds (like these nectarines above) or some other pest or mishap. As long as it’s possible to cut away the damaged parts and salvage some good fruit, these are perfect candidates for preserving.

The scraps from preserving, and fruit that is so damaged that nothing is salvageable go either to animal feed or into the compost. In many cases, the seeds can also be saved to grow new rootstocks for grafting.

The point is there’s really no waste and everything you grow has a value.

So that’s fruit, but what else goes into the bin? According to Foodwise, the average rubbish bin contains a boggling 60% organic material—40% food and 20% garden waste.

And then people go and spend money on compost and fertilisers. It’s the opposite of a closed-loop system.

Is garden waste even a thing?

The idea of garden ‘waste’ seems as strange to us as the idea of food waste. There are so many easy and useful ways to recycle any organic matter your garden produces.

However, there are two different streams of organic matter you might need to think about.

The first is the regular stuff you need to deal with, like autumn leaves, prunings, and weeds from the veggie garden (you should never weed around your fruit trees). They’re pretty much a known quantity, so over time, it’s easy to set up a system to recycle them.

Then there are those unexpected windfalls (pun intended) that can result from storms.

Storms seem to be becoming more frequent, and more violent.  In recent years we’ve had some huge ones, even to the point where we’d call them mini-tornadoes.

Storms can certainly be a nuisance in the garden. They often come with massive winds, which can bring any fruit that’s close to ripe crashing to the ground. It’s always a bit tragic, but it’s also another great opportunity to value-add!

Hail is another potential storm by-product that can directly damage the fruit. Many are the times we’ve had to explain to customers why the fruit we grow looks a bit rustic. We reckon we’ve done a great job educating our customers over the years what “real” fruit looks like!

We’ve also lost plenty of tree branches, both in the orchard and the paddocks.

One notable storm brought down this rather large branch from the gum tree outside our farm shop.

Luckily it missed anything crucial (like the shed, or the caravan). The only casualty was one of our beautiful garden beds made out of a repurposed water tank.

Half an hour with the chainsaw and Hugh had turned it into a rather attractive garden chair. It stands under its parent gum tree and has seen the addition of a cushion and many passing bottoms ever since it was made.

Every storm has a silver lining!

Clearly, many people don’t realise the damage they cause to the environment by putting organic matter in the rubbish where it rots and emits greenhouse gases.

Maybe they just don’t know what else to do with it. We’ve captured a lot of the ways that waste can be value-added in our online short course Permaculture in Action.

Fallen branches become firewood and furniture, fallen fruit and garden waste become compost or worm food, and so the cycle goes around.