Did you get the thinning right? 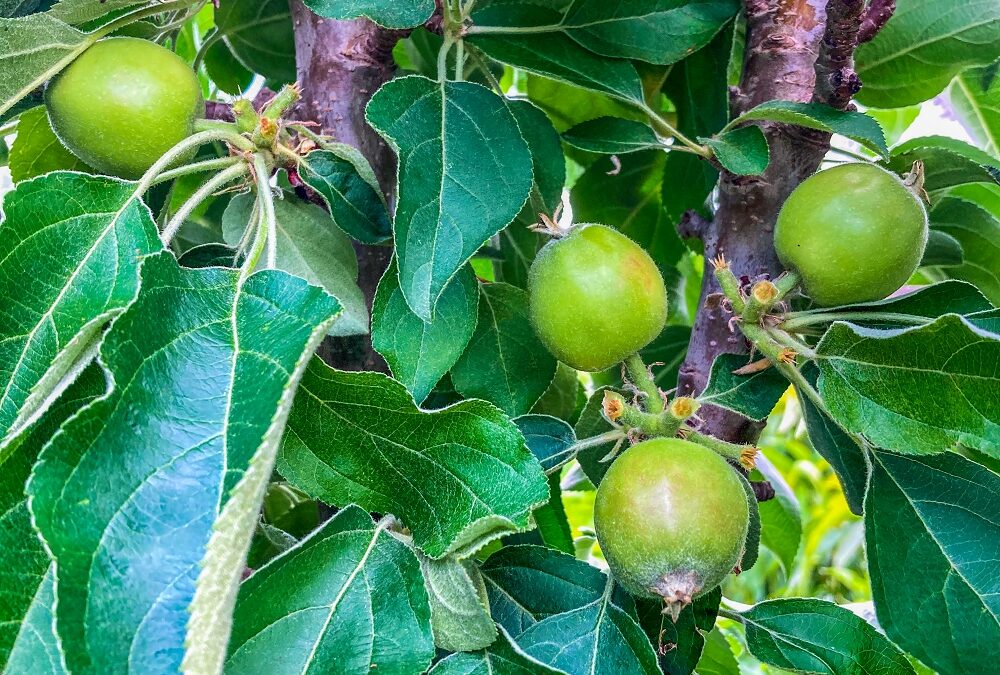 As you go about picking your fruit during the fruit season, you get to see the end result of the thinning that was done a couple of months ago. You’ll see where it worked, and where it didn’t.

But the other reasons for thinning are fairly obvious, and you’ll be able to assess your results within weeks or months of doing the job. The first thing to look at is the fruit itself.

Here’s a bunch of apricots that were missed in the thinning, and you can clearly see the outcome.

Out of this bunch of four, two apricots have grown normally. However, two are stunted, slightly shriveled, and not really edible. These are the ones that should have been removed when we were doing the thinning.

When they’re removed, you can see that we’re left with two reasonably sized, delicious-looking apricots. But…how much bigger could they have been?

This is just one reason why it’s a good idea to do thinning early, hard, and thoroughly. You’re aiming to always maximise the ratio of usable, edible fruit to core/stone that the tree produces.

Other signs that your thinning might not have been good enough

It’s also distressing to see broken laterals like this in your fruit tree.

This is another problem caused by leaving too much fruit on a branch that isn’t big enough to carry the weight. Unfortunately once the lateral is broken, you’ve lost an important fruit-bearing part of the tree. The fruit growing on that lateral is usually wasted as well.

Thinning has so many benefits for your tree, and your crop, but a lot of people are scared to do it for fear of taking off too much fruit, too little, or just generally getting it wrong. The Fruit Thinning Chart (unit 4a out of the 12 units in the Fruit Tree Thinning short course) will guide you through this.

Having put all your care and attention into growing and pruning the tree, it’s then such a pity to damage the tree just by leaving more fruit on any one branch or lateral than it can carry.