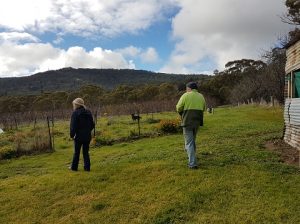 Is it worth being certified? It’s a relatively big cost for a small business (it cost us $950 this year, plus a levy on our produce over $40,000), but the actual amount you pay depends on the certifier you choose, and the type of certification program you enrol for – there are some designed for very small producers, or for exporters, for example.

It’s a hot topic for us at the moment as we start the business planning process for the new Harcourt Organic Farming Alliance we’re setting up on the farm. Organic is in the name, but all the enterprises on the farm will be running their own business, so it will be their own decision to make. Plus, each business is so different that they have different considerations in their own “pros and cons” list, but here’s the ones on our mind as we start to figure out how to handle this issue:

Part of forming an alliance here on the farm is that issues like this will have to be discussed, thrashed out within the group and decided on collectively – which should be fun, actually. Part of the brave new farming world we’re trying to create is a model for how small enterprises can share land and resources together and work side-by-side to make all our businesses more successful, and working out issues like this together is going to be part of the journey. 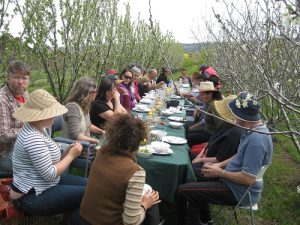