One of the highlights of last weekend’s Harcourt Applefest was hearing the farmers’ stories at the Meet the Farmers forum.

We were lucky enough to have three well-respected local farmers come and share their highlights and lowlights with us. We know first-hand how hard farming can be, but also how rewarding it is when everything goes well! But beyond that, farmers often seem to feel a deep and unexplainable attachment to their land that keeps them going through some of the hard times, and it was intriguing to hear each of  them express those deeper feelings. 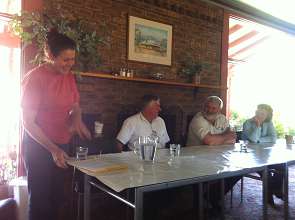 All three were asked about a typical day on their farm in their busy season, and Carla left everyone feeling exhausted and in awe of the amount of work she and her partner Anne-Marie do during the kidding season, when the day starts at 4.30 am with the first milking of the day, and proceeds through myriad jobs until the final checking of the new mums late at night, before getting up and doing it all again the next day. 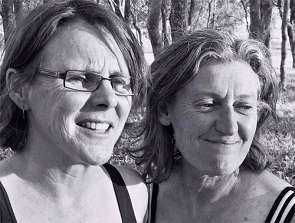 Anne-Marie and Carla from Holy Goat

Ken’s day was also extremely full (though it didn’t start quite as early), and he described the amount of detail involved in organising pickers and getting the grapes into the shed in good condition, while at the same time keeping on eye on numerous batches of fermenting wine. Rob’s equally demanding day involved keeping track of the thousand details that growers hold in their heads during the picking season – making sure pickers are organised and kept busy all day, bins are in the right place at the right time, fruit all ends up in the coolstore by the end of the day, and all the appropriate paperwork is done. Phew! 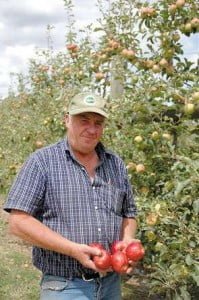 Rob Chaplin with some Gala apples

Farming in this district has had a lot of challenges in the last few years, including flood: 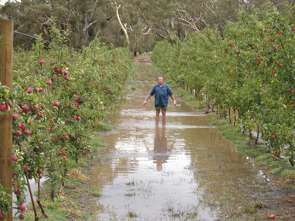 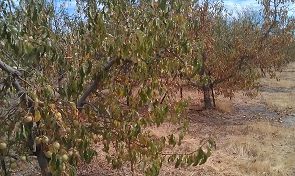 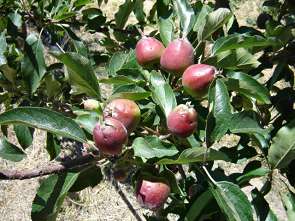 just to name a few!

It was fascinating hearing how each of the farmers has approached some of these challenges. Carla’s main focus was on the reduced rainfall they’ve experienced at the farm, and how hard it is to keep a good feed supply for the goats when the grass doesn’t grow as well as they’d like. Farming in a dry environment, that is likely to get even drier as we feel the effects of climate change, has led to innovations in planting alternative food crops for the goats, a strategy that is working well at the moment and still has plenty of potential in future years.

Rob spoke of the pain of losing apples to both hail and marauding birds, a situation that prompted he and his brother Trevor, with whom he farms, to make a large investment in netting and equipment last year. Ken’s biggest challenge has been the frustration of years of coping with the drought being followed immediately by the wettest year on record, and all the issues that led to in the grape crop. 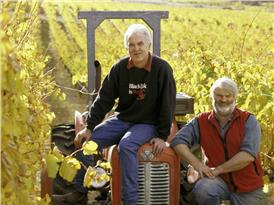 The forum ended with each farmer explaining why they do what they do, and what they love about it, and this was where they really came alive! It was very special to hear them speak with absolute pride about their product, as well as describing a strong sense of belonging to their land. Carla’s description of the sounds, and look, and feel of her farm on a crisp winter morning when she heads out from the house to the milking shed, and then being warmly greeted by the goats, was absolutely beautiful. 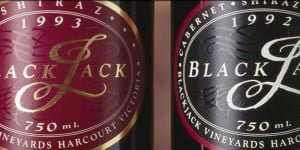 For both Ken and Rob, knowing that their produce is enjoyed by people throughout the whole of Australia was a source of tremendous pride to them, and constantly pushes them to do better, learn more, and achieve an even better result for their customers. 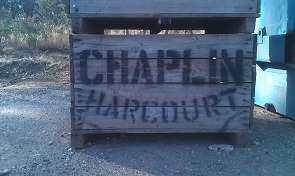 There is something very touching about hearing farmers, who are often quite sparing with their words, struggle to find a way to express how they actually feel about what they do, and what keeps them doing it! It was an absolute privilege to share their stories.