Have you heard of slow money? Sounds weird, right? Maybe you’ve heard of slow food though, which is an idea that’s been around for long enough now that pretty much everyone knows what it means – it’s basically the opposite of fast food!

Slow food is an international movement that got started in 1989 and has spread around the world as an antidote to the insidious spread of fast food and big agriculture. It promotes food that is:

We even have an accredited Slow Food Farmers Market once a month at Abbotsford Convent in Melbourne, run by the wonderful folk at Melbourne Farmers Markets (disclaimer: I’m on the board so of course I think our operations team that runs markets is marvellous!) It’s a perfect fit, because Farmers Markets embody all the principles espoused by the Slow Food movement.

But back to Slow Money – how does it fit in? It’s really just an extension of the same ethos, but as it applies to money. It’s basically a movement to organise investors and donors to direct their capital towards small food enterprises, organic farms and local food systems, and through doing so improve the economic sustainability and resilience of farms and farmers, their communities and towns, and by extension our entire food system.

Slow Money was started in the US by a guy called Woody Tasch, and has now spread to Australia, as well as lots of other countries around the world. Since 2010 it’s invested more than $57 million into regenerative farming enterprises! 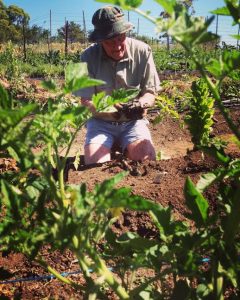 It’s on our minds because we’ve been fantasising about attending the upcoming SOIL conference in Boulder, Colarado in October. Honestly, who wouldn’t want to attend a conference called SOIL? It actually stands for Slow Opportunities for Investing Locally, and will explore the links between actual soil and the soil of a restorative economy.

The demands of running a seasonal farm means we’re probably not going to get there, but of course there are many, many moves in the right direction here in Australia, like the new ORICoop Investment Trust that was launched this week. If you haven’t heard of it yet, have a look, particularly if you’re interested in finding practical ways to support and invest in organic farms. The best way to get involved is through their Pozible campaign (which ends in 14 days). 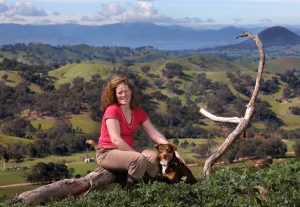 Slowly, gradually, all around the world, people seem to be waking up to the fact that there’s a better way to grow, distribute and pay for our food, and that we – just simple, everyday people like us – have waaaay more power to influence it than we think we do! 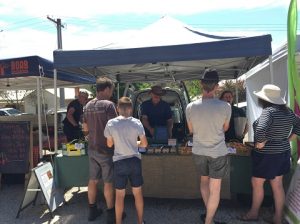 As organic farmers we experience this every day, whenever our customers choose to buy food from us rather than the supermarket. The growing number of people that care enough to seek out food that is produced locally, in a way that improves the environment rather than degrades it, who choose to eat seasonally rather than buying imported fruit and veg out of season, and who choose to buy direct from farmers through accredited Farmers Markets, online platforms like the Open Food Network or from the farm gate – all of those small buying decisions add up to a big influence, pushing our food system in the right direction.

So thank you. You all give us hope!