How to Grow Pears

We love pears. They’re a much maligned type of fruit, probably because it’s so hard to buy good, ripe pears, but we reckon they’re a top tree in the garden, and pretty easy to grow organically. Here’s our top 10 reasons why you need a pear tree in your garden:

Reason 1: There are at least 15 varieties of pears and nashis easily available, which ripen from mid January right through until early April. This means they can help to extend the fresh fruit season in your garden.

Reason 2: Pears don’t get too many bugs or diseases. The four most common problems experienced by pears are: 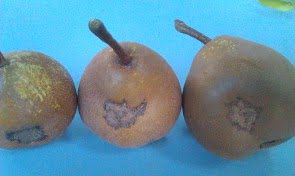 Reason 3: They’re easy to prune. Most pear varieties are ‘spur-bearers’, which means they produce fruit on 2 year old wood (and older), in the form of short fruit-bearing shoots known as spurs. Some varieties (e.g. Josephines) produce fruit on the end of longer shoots, and they are known as ‘tip-bearers’.  Once you’ve figured out which type you have, you’re half way to knowing how to prune them! The difference really is in how you treat the laterals – in spur-bearing varieties, they should be shortened back by about 1/3 to encourage the development of new side shoots and spurs. In tip-bearing varieties, it’s important not to shorten the laterals, because that’s where the fruit grows. 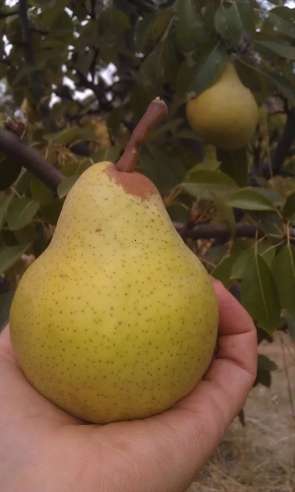 Reason 4: Most pears don’t need to be ripened on the tree. In fact, unlike other deciduous fruit, most pear varieties (except some of the early season ones) won’t ripen properly on the tree, but need cold storage for 2–6 weeks, followed by a period of ripening out of the fridge. Pears ripen from the inside, and ripening them on the tree leads to both poor texture—either grainy or mushy—as well as poor keeping qualities. How long do you need to leave them in the fridge before you ripen them on the bench? It’s a bit different for each variety, but here’s some guidelines for the more common varieties:

Reason 5: Pears can tolerate quite boggy ground, and in fact will often thrive in conditions that would make other fruit trees sulk (or worse – die!) This makes them a handy tree to pop in those difficult, hard-to-drain spots in the garden.

Reason 6: It’s easy to grow your own pear trees. Gather seed in autumn, store it in damp sand over winter and plant out in spring. Most of the seed will grow, so choose the biggest and strongest seedlings and discard the rest. Now you have your rootstocks. In late summer, you can graft a bud of your desired variety onto the rootstock (a technique called ‘budding’). In spring cut back to the bud, and over summer it should grow and form your new tree. Voila! The following winter you’ll have a brand new pear tree to plant in your garden – for free!

Reason 7: It’s easy to grow your own dwarf pear trees! Follow the same process as above, but use quince seed instead of pear to grow your rootstock. Then when you graft your pear variety onto the rootstock it will grow into a much smaller tree – very handy for short gardeners (or if you’re trying to squish a lot of fruit trees into a small space!). 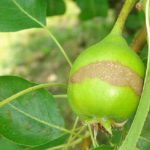 Reason 8: Pears are relatively frost-hardy – not completely, but because they flower so late they are much less likely to succumb to the spring frosts that can be so devastating to apricots and stone fruit, which makes them the best choice for the frosty spots in your garden. Having said that if a really heavy frost is forecast while they’re flowering they may still benefit from throwing some frost cloth (or even an old sheet) over them to prevent this sort of damage. 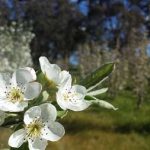 Reason 9: They are beautiful trees which look great all year, with their stunning white flowers in spring, their large, dark green glossy leaves in summer and a beautiful display of colour in autumn.

Reason 10: Pears are delicious, and once properly ripened are not only great to eat fresh, but lend themselves to a multitude of preserving techniques – bottled, spiced, chutney, dried and pickled, to name a few! 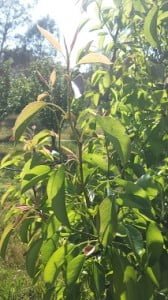