How much fruit can you expect your tree to produce? 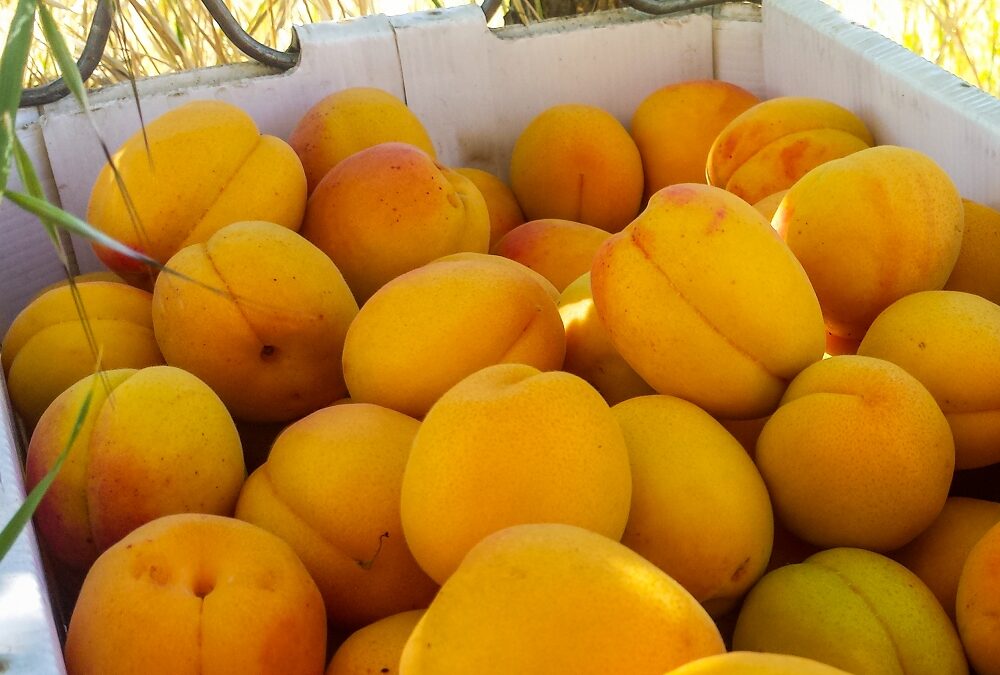 How much fruit will a mature tree bear? This is a common question at this time of year. As people are starting to harvest, they’re wondering if their tree is “normal”.

The other time this question comes up is in winter. It’s the time when gardeners are trying to decide how many trees they should plant to grow enough fruit for their family.

Summer is a good time of year to answer the question. At this time of year, you have the chance to actually measure (rather than predict, or guess) your harvest volume.

Tracking how much fruit each tree produces

Tracking your harvest every year is the best ways to keep track of how well your fruit trees are performing. It’s a key reason we recommend keeping a diary for every single fruit tree in your garden.

We thought we’d share an example from our orchard to show you how much fruit we expect to pick from a mature peach tree. Our method is quite accurate but doesn’t involve weighing every single piece of fruit.

In the photo above, Ella is picking white peaches from a 10-year-old heritage ‘Anzac’ tree. It’s a vase-shaped tree that is quite mature and at its full size.

You can’t see the full tree from this photo, but a vase-shaped tree normally has 6-10 limbs; this one has eight branches that are all roughly the same size.

Anzacs are notorious for being small, so they need really hard thinning. The trees had a touch of leaf curl early in the season because we had a wet spring. That slowed the growth of the peaches early on. Because Anzacs are such early ripeners, the result is that the fruit is on the small side.

It’s a good idea to pick them into trays like this to protect the fruit after picking. We know from experience that a tray of fruit this size weighs roughly 2.4 kg.

From this tree, we picked an average of two trays to the limb. That works out to about 35 kg for the tree.  One-quarter of them were second grade because the birds had a feast.

We picked up about 4kg of damaged peaches from the ground that were too damaged to use. If we’d got to them a bit earlier some would probably have been good enough for jam or drying. Alas, too late.

The importance of picking at the right time

Picking at the right time sounds simple, but it’s an area where people often get it wrong. To hone your skills around picking timing and technique, download Picking Fruit the Right Way.

Losing fruit due to not paying attention is common, but a bit tragic. Especially after having done all the hard work beforehand of pruning, thinning, watering, and composting.

So, altogether this tree yielded 39 kg of fruit. That’s delightfully abundant, and pretty typical for a large mature peach tree. You can soon see why it doesn’t take very many healthy trees to provide a year’s supply of fruit for your family.