Is fruit growing in America the same as Australia? 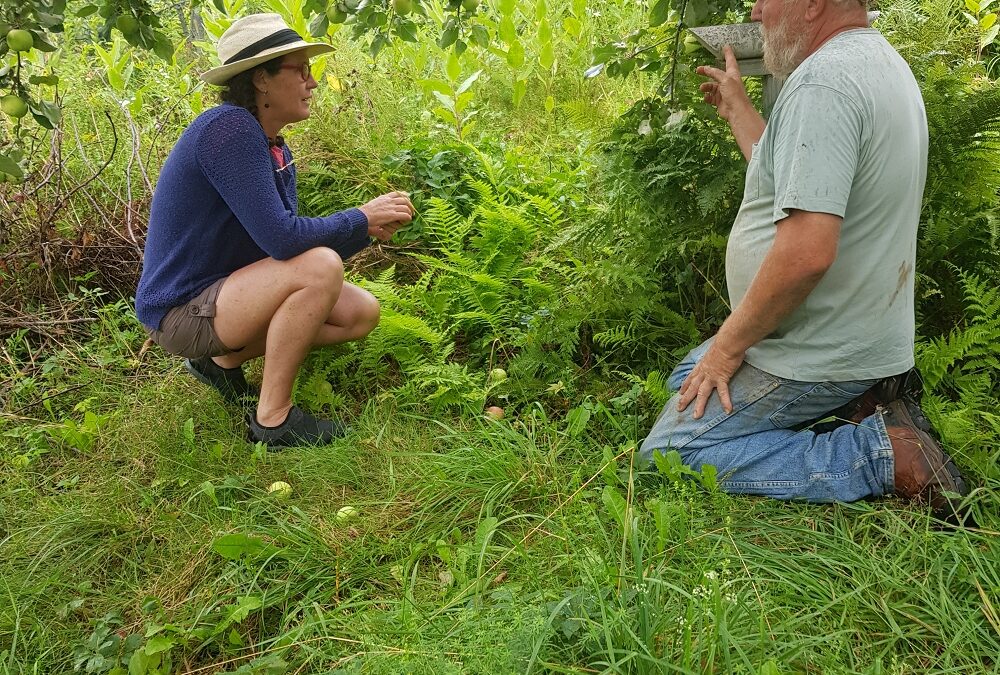 We’ve always wondered about fruit growing in America. Is it the same as growing fruit here in Australia? There are many similarities between our climates and our cultures, but does it extend to fruit growing?

Like a distant uncle that sends weird postcards from afar, we’ve grown up with America in our lives. But we’ve never really had the chance to get to know it.

That was until we did a big field trip there in 2015. After traveling for 5 weeks, 12 states, and 4,000+ miles, we still felt like we barely got to know America at all. But at least we had the chance to make some first-hand observations.

Things we loved about America

To be honest, we were surprised how much there was to love about this vast continent:

We loved the farmers!

One of the most interesting aspects of the trip was meeting American fruit growers. (Unsurprisingly, we find this to be true wherever we visit!)

There were many generous farmers who were willing to share their precious time with us. We stopped at every roadside stall we could find, and if the farmer was in the shop (and had time) we always stopped and had a chat with them.

The Maine Apple Camp was another highlight. It’s an annual event held by the Maine Organic Farmers and Gardeners, and we attended as guest speakers. It was a fabulous, full-on fruit nerd experience, and deserves a blog all its own (one day…).

Wide-ranging conversations with lots of growers helped us start to understand their growing conditions, pests, diseases, and production issues.

And guess what? Some of the individual pests and diseases are different from ours, but the themes were absolutely the same.

Meeting one of American fruit-growing heroes

One of the highlights of the trip was meeting Michael Phillips, founder of the Holistic Orchard Network and one of our fruit-growing heroes.

Michael was very generous with his time. We spent the afternoon at his farm, had a full tour of his orchard, and had the opportunity to ask him many detailed questions.

It was inspirational and very special, made all the more so since Michael tragically and unexpectedly died in early 2022.

After our trip, we reached the conclusion that we in Australia have a great deal to learn from American organic pioneers like Michael Phillips. We can highly recommend any of his books, as the similarities between growing conditions are much greater than the differences.

Farmers’ markets in America are amazing, but it’s not enough

We actively sought out farmers’ markets wherever we went. Their farmers’ market sector is much more mature than ours in Australia, which only kicked off in the early 2000s.

Generally speaking, we were impressed with the number of markets, the authenticity of producers, and the range and quality of produce. They seem to have excellent accreditation programs ensuring that the stallholders are actual farmers and not re-sellers.

As is the case in Australia, these types of farmers usually favour more regenerative farming practices that mitigate against climate change.

Despite the much greater number of farmers’ markets it was sobering to realise that they still only provide a tiny percentage of food to the American public.

The vast majority of the food that most people eat comes from large-scale factory farms. In other words, the type of farming that is contributing to climate change.

This is very much in line with what’s happening in Australia.

Backyard fruit growers are the bomb

We were delighted to find that a huge number of people that are interested in growing their own fruit, just like in Australia.

From enthusiastic home growers to small-scale organic and regenerative farmers, we met loads of people that are either interested in or already growing their own food.

One of the things we were researching on the trip was whether the Grow Great Fruit program has application in American conditions and for an American audience.

The answer was a resounding yes!

It seems that people are just as interested in learning how to use organic principles to grow their own food. We were particularly interested that the people we spoke to were finding it just as difficult to find a reliable “system” to guide them as gardeners in Australia.