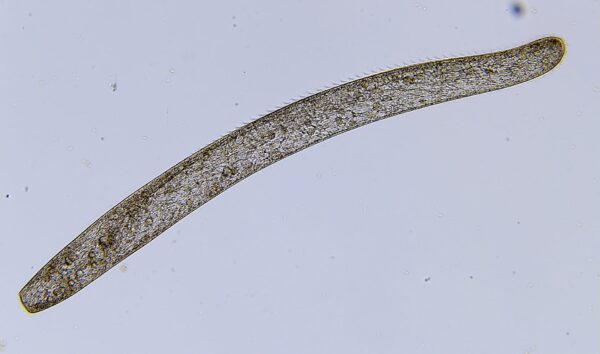 Protozoa are the next step up the food chain from the single-celled bacteria and fungi. The most common ones that exist in our soils are flagellates, ciliates, and amoeba and, on the scale of these things, are quite large (mostly 0.1–0.5 mm!). Having said that, a teaspoon healthy soil can contain several thousand protozoa, so they’re not THAT big! They feed on smaller single-celled organisms, and are themselves eaten by larger microbes, and so are an important part of the transfer of nutrients up the food chain. As they feed on smaller microbes, protozoa release nitrogen as ammonium, usually near or around the roots of plants.

Read the article in Winter – Week 5.