It’s smoky out there 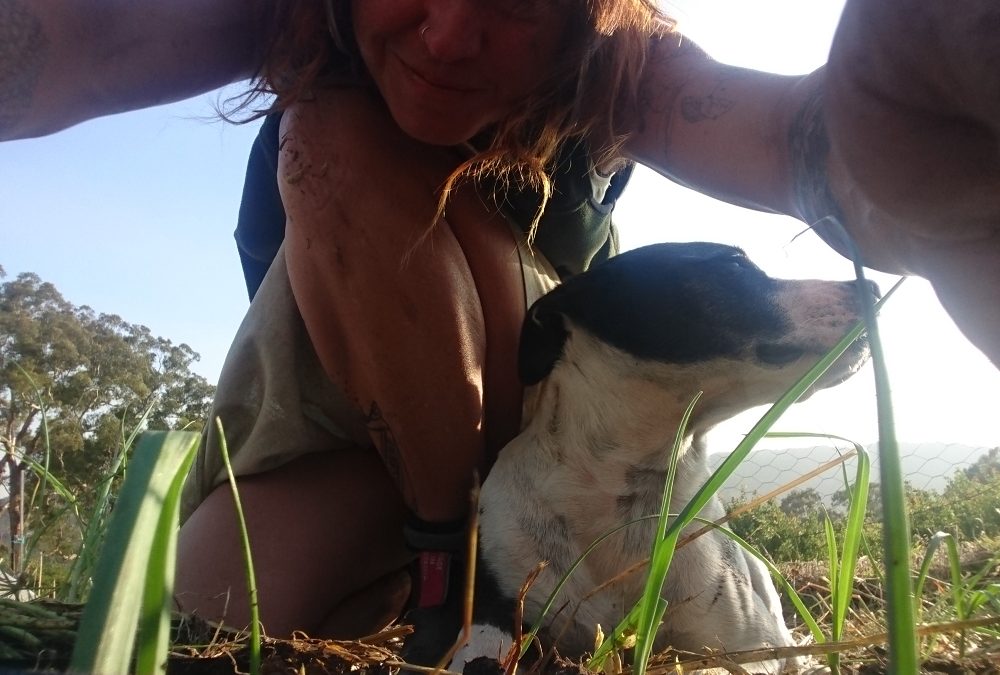 I think I’ve been putting off writing this week’s blog because there’s so many different things going around in my head/heart/world this last month.  Usually its me on high alert for bush fires and I am regularly leaving my home during summer when the weather / wind is too sketchy.  I live alone in the bush and it’s not worth me trying to stay and defend, so I leave.  We have a farm plan for fire and just regular protocol for living where I do and commuting to the farm means I carry water, woollen blankets, long pants, a woollen shirt and dog food permanently in the back of the car.  Due to an oddly timed burn off and an almost code red day a few days later I’ve already packed up half the house and waited to see if tings would be ok.  I’m incredibly lucky though.  I’ve got neighbours down the hill who have a mine shaft kitted out with water dog food and a ladder, friends who regularly offer to house the dog and me on extreme and severe fire days and the farm, which is usually safer for me to be at than home.  It also is what I signed up for living where and how I do.

It has been an incredibly odd thing checking in on friends in NSW and Vic since September and having a relatively mild time (apart from a few peaks that you come to expect) on the home /farm front.  There is a sense of unfairness and not being able to help as you watch things literally going up in smoke.  There’s also the sense that this year, and its not over yet, we are just lucky.  There’s nothing that would stop it happening here.

Watching my friends places and bush that I have lived in and loved be on high guard, burnt down and/or evacuated whilst I am not in danger meant for a deflated ‘silly season’.  Indeed it just felt stupid.  Knowing there’s nothing I can do from here apart from support from afar via text, mail, bank accounts and anything else a friend would need I would jump too.  Sas and I have spoken about tag teaming in the aftermath to go and help rebuild, support and assist.

Tessa (Sellar Farmhouse Creamery) who is a member of one our local CFA’s has been saying since October that the toll this will take on the fireys and communities we will be seeing for a long time – but that was in October – they’ve been burning for 4 months now…it’s a whole different level now.

Two days ago was the worst smoke day Central Vic has had yet – Stinging eyes and terrible visibility.  It was confronting to say the least.  I got the image that I was breathing in the ashes of all the trees and all the poor animals who have passed.  The sun rose red more akin to a sunset.  I received a message from my dad in Gippsland that there had been a mild earthquake the night before near him.

By 430pm there were fires in Bendigo and in town at the markets in Castlemaine there was epic pour downs (17ml ish in 30 mins) lightening thunder and hail.  To have the water from the sky felt incredible and we were wishing it to travel to the places that are still burning.  It was surreal – the earth is giving us a pretty clear message I reckon.

What was heart-warming about Wednesday was the amount of people who came both despite and because of the extreme weather.  Also the people who brought us warm, dry towels and warm cake…how deliciously generous, thoughtful and kind.  And they were being active.

I’m not quite sure how I want to fully speak about the last 4-5 months.  Im sure I’m not the only one.  There have been protests around the world at Australian Embassy’s and the extinction rebellion crew have been rising up too – here’s pictures from London to Lima: https://www.theguardian.com/australia-news/gallery/2020/jan/11/bushfires-crisis-world-rallies-to-demand-climate-action-as-australia-burns-in-pictures that are heartening and also bring me sadness and shame.  I stopped believing the top Government in this country were long term visioning leaders wanting to walk forward with the people many many years ago.  (There are a few on the state level who give me hope though) I don’t watch the news much and my weekly routine of getting the weekend paper and devouring it for heartbreaking and hopeful news also stopped years ago.  Im not saying this is good – I completely believe it’s important to know what is going on in the world.  Not only does it stop you becoming arrogant but it reminds you mostly of how lucky you are.  But you know, I actually really struggle to read it/ watch it now.  I do feel helpless and from that hopeless.  I feel like a tiny blot (which I’m ok with) that has no voice even when joined together with millions of others speaking to the supposed ‘people in charge’ (which im not ok with) who seem to act mostly from self interest and money.  Generalisation I know but im ok with that.

So I put my head down and my hands and feet in the dirt and then lift my face to the sky and silently cry that I want to do the best I can for you earth.  I don’t want to take you for granted, I don’t want to ravage you, I want to respect and honour your complex and incredibly plentiful bounty and work with you in the best way I know how.  I want to learn how to do that better; always.

How can we be so arrogant and ignorant to ignore the place from which all life comes.

Land management is something that just continues to rise in my thoughts about how we can be active for good.  For land, water, animals, insects, people and communities.  The water situation in Australia is insane – we have been in ‘drought’ for a long time in NSW.  But I wonder how much of that is human caused?  They say the rivers not running is due to lack of rainfall – but we fail to see, and definitely don’t get told, about how the Murray is ‘owned’ and its water gets used for everything but environmental water which means its usual flow is disrupted which means no floods (healthy rivers are meant to flood) which means no water is seeped into the landscape and associated wetlands.  This alters local climate.

I won’t even go into the fact of how someone can privately own a river and its water for profit.

You don’t hear much about fracking in Vic – but there’s lots that exist – in NSW, NT, WA, SA…they use an incredible amount of water for each well…do they inject chemicals into each well too?  The base flow of all rivers is groundwater…I suggest people are thinking about money and profit over long term environmental respect and consequences.

The United Nations has created a water day for 2020 and beyond; and in their fact sheet explain the global water situation:

“Water is the essence of life. Safe drinking water and sanitation are indispensable to sustain life and health, and fundamental to the dignity of all. Yet, 884 million people do not have access to improved sources of drinking water, while 2.5 billion lack access to improved sanitation facilities.  While these numbers shed light on a worrying situation, the reality is much worse, as millions of poor people living in informal settlements are simply missing from national statistics. The roots of the current water and sanitation crisis can be traced to poverty, inequality and unequal power relationships, and it is exacerbated by social and environmental challenges: accelerating urbanization, climate change, and increasing pollution and depletion of water resources.”  Taken from https://www.ohchr.org/Documents/Publications/FactSheet35en.pdf

We are lucky to have water but we are not respecting it, in my opinion.

We hear about emissions all the time and them contributing to climate change.  And its true but we need to understand more of where those emissions are coming from and how we can change our lifestyles, patterns, habit and systems to counteract it.  Here’s an interesting article – https://www.theguardian.com/commentisfree/2019/apr/03/natural-world-climate-catastrophe-rewilding

It’s not just about cars and planes.  In my mind it has so much to do with land management.  The agricultural sector for example has many emissions that are not even counted in Australia’s emission count (WHY bloody not!?) and that includes the way land is farmed and from my understanding the transport of that food as well.  You can read up on it further on the page in the link below

The quote below is taken from https://www.agric.wa.gov.au/climate-change/how-australia-accounts-agricultural-greenhouse-gas-emissions

The way they write these figures still emphasises the livestock, however it is the agricultural soils that are the main player.  How we eat IS A MAJOR lifestyle choice in this country.  In my opinion the system is broken, its breaking the land and people.

It’s easy to point the finger and blame it on the people in charge and not do anything ourselves.  I am lucky. I am not a refugee, I can write freely my opinions here, I have a house still standing and my livelihood has not been burnt.  I still have access to clean water from the sky which we collect and I can choose how I want to walk in this world.

There are a bunch of us working with our immediate local community to put on a dinner sourcing and featuring local produce and chefs and other small businesses to raise funds for those affected by the fires.

100% funds raised will be donated. As farmers we will donate 50% of the proceeds to ORIcoop who are directly helping organic and biodynamic farmers where they need it most. Here’s the link to donate directly.

25% to our local CFA which falls under District 2.

I’m sorry this has been a bit dark – Ive been swaying from dismay, outrage to full thankfulness at working in the soil surrounded by wonderful people.  People on the same page who want to do their bit to lessen our impact and act in a way that isn’t necessarily supported or modelled by our government in the hope that it will catch on…there is a movement growing and it does have supporters, its up to us how we get involved.

All of my love and support and thanks to you out there who do what you do with consciousness, action and hope.